As we enter the second half of the year it’s fair to say that the industry experts who predicted a softening market have been proven right. The quarter to June 30, 2018 saw a significant decrease in Melbourne’s median house price – a drop of 0.6% to be precise – bringing the median back to a similar place to where it was at the same point last year.

Whilst many homeowners may be less than thrilled with these results, it should please those buyers who have been holding off purchasing in, what may be called, an inflated market.

Was this the drop that ‘had to happen’?

Below is a closer look at how our office’s base suburbs performed. It’s interesting to note that in the first quarter of 2018 Mitcham and Ringwood both experienced growth whilst other suburbs saw a decline, while this quarter Mitcham and Ringwood have seen stronger decline than some other suburbs. This could indicate a potential realignment with what had been happening in surrounding suburbs slightly earlier.

Wantirna’s days on market this quarter sit at 29, comparative to a market average of 35 days. It also has a clearance rate at auction of 82.4% which is significantly higher than the YTD state average of 66%. So why is Wantirna and its adjoining suburbs of Wantirna South and Knoxfield continuing to perform above the market trend, when some of their neighbouring suburbs are feeling the pinch of a slower market?

Dylan Hare and Michael Hill from Noel Jones’ Wantirna both agree there are a couple of reasons this is the case. The first is school catchment zones, with Wantirna having a number of popular options, particularly for young families with primary age children. Templeton Primary School is one of the most highly sought choices, and a major drawcard for the suburb, with many buyers seeking advice on whether homes are within this school zone prior to making a purchase. They also believe that Eastlink is another key driver, with the suburb enjoying a fairly even distance between both the CBD and the Mornington Peninsula, with a drive time of around 40 minutes to either. Lastly, Wantirna is the first suburb ‘as the crow flies’ east, that is yet to hit the magic million-dollar median price.

Doncaster has also performed well, as have Doncaster East and Donvale who have recorded strong growth this quarter.

It is also interesting to note that the result for units/apartments is brighter overall for metropolitan Melbourne; up 0.5% on the previous quarter and around $130,000 higher than at the same time last year with a median price of $604,000. This is indicative that some buyers may have been priced out of buying a house, and driven to purchase a more affordable property, potentially choosing to buy in the area they wanted to, rather than choosing to move further from the CBD to acquire a larger property.

So, where to from here? One thing is for sure and that is that whilst you can speculate and surmise, you can never be 100% sure how the market is going to fare quarter to quarter.

Will the drop bring those who have been waiting in the wings out into the playing field? Will sales prices start to climb again, in line with the warmer temperatures that come with the favoured spring market? Only time will tell; see you in 3 months with the results!

Data sourced from reiv.com.au and domain.com.au

Autumn – an opportune time to sell 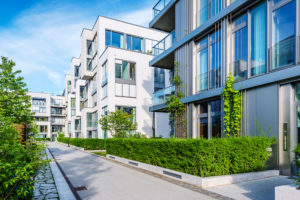 2020 was a year in which we witnessed an array of challenges on a global scale, with many industries suffering greatly at the hands of the COVID-19 pandemic. And with a stringent set of restrictions placed on Melbourne’s Real Estate industry for much of the year, it was uncertain how things would unfold for the final quarter, once we moved

Pantone Colour of the Year 2021

At the end of every year, Pantone – the world’s most influential colour institute announces their colour for the coming year. The design world eagerly awaits this very well considered decision, as it dictates the coming trends in all things design. This year is a little different as they have chosen two hues to be the colours that represent the 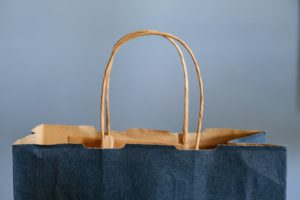 Buying Australian Made – the best of local makers

For decades we’ve been encouraged to buy Australian Made and most Australians recognise the Australian Made logo. After all that 2020 has thrown at us, it is now more important than ever to support our local makers and family businesses in order to keep our economy strong. Read on to see my top 4 picks for all things homewares and

PrevPreviousChoosing an Agent to Sell Your Home: Here’s What You Need to Consider.
NextBuying a Home: What You Should and Shouldn’t Compromise OnNext