Noel Jones agents and offices have scored top honours at the recent RateMyAgent 2019 Agent of the Year Awards. While the awards, the largest in Australia, compare some 35,000 agents and agencies across the country, what sets them apart is that they’re determined by customer reviews and feedback rather than industry peers.

“They’re an honest gauge,” explains RateMyAgent CEO & Co-Founder, Mark Armstrong, “of the customer service an agent has provided. They are the only industry awards to put sellers’ needs first, using customer reviews as a leading indicator of an agent’s success over 2018.”

While several Noel Jones agents and agencies from its 10-office network across the Eastern suburbs of Victoria also ranked very highly, a testament to the company’s team work, personalised service and exceptional results, four offices took out top spot for best agency in the suburb.

While each office and their dedicated teams are to be commended for their extraordinary success, several individuals, with many colleagues hot on their heels, also ranked top of the list for their suburb.

It was actually triple celebrations for the Noel Jones Ringwood & Croydon team, with Director Warren Paas also ranking a very respectable 59th out of 100 in the Agent by Country Award, firmly establishing him as one of the most successful and highly regarded real estate agents in the country.

The only Maroondah-based agent to make the prestigious list for two years’ running, Warren explains, however, that, “being recognised by my clients is the ultimate definition of success for me; their opinions really do count more than anything.”

While Noel Jones’ management congratulates all winners and all staff on a job well done, they also thank valued clients for their continued support. 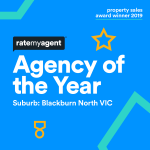 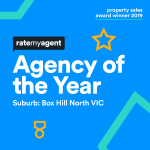 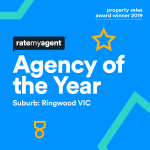 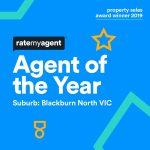 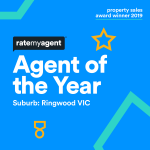 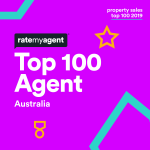