Off the back of a bumper year for house price growth, Melbourne’s real estate market has experienced a much flatter summer quarter, with experts remaining divided about what’s in store for the property market in 2018. Some economists forecast house price growth to ease but remain positive, while others predict prices will fall.

Melbourne’s median shot up 3.2 per cent to $903,859 in the December quarter, but recorded consecutive 0.2 per cent decreases within the first two months of 2018.

In any market, buyers relish the news of a price decrease and in most circumstances, may choose to hold out in hope for further price reductions. This has been evident across the Melbourne Municipality in recent weeks, with open for inspections numbers down and the current auction clearance of 67 per cent being 14 per cent lower compared to this time last year.

Experts warn though, that waiting and wishing is not advisable when it comes to buying property, as the cycle is not only unpredictable, it can sometimes see you missing out on your ideal home, or being priced out of the market entirely when prices unexpectedly start to pick up again.

In Our Own Backyard

A quick look at the suburbs where Noel Jones offices are located reveal mixed results this quarter, with quite a few suburbs experiencing a slight decrease in median house pricing. Mitcham and Ringwood both show an increase in median house pricing with Ringwood showing the largest increase of 5.2 per cent. Box Hill median house statistics are not available for this quarter, however a look back on the past twelve months reveals the suburb has experienced an annual price growth of more than 21 per cent.

It is fairly well known that in order to secure a spot in some of Melbourne’s top performing government schools, you need to secure residency within the boundaries of their set catchments. Subsequently, homes located within those catchments are achieving six-figure premiums compared to neighbouring properties which fall just outside the zone.

The latest REIV data reveals the median house price in highly sought after public school catchments is up to $400,000 more than homes within a one kilometre radius of the zone.

REIV President Richard Simpson said “Access to quality public schools remains a key factor for many buyers, with families preferring to buy into areas zoned for some of the city’s best public schools, rather than paying the equivalent in private school fees.”

As our population grows, it is imperative that housing supply continues to grow with it. Even more important, these new homes need to be connected to jobs, education and public transport.

With Victoria’s population growing at more than 100,000 people a year, the need for new housing has been recognised by the state government as a priority. Housing approvals are currently running at record levels and this strategy aims to keep them at an average of more than 50,000 new homes per year.

In the past, unnecessarily slow approvals by councils and utilities have delayed developers and also driven up costs. To address this issue, the Victorian government will make a number of changes including speeding up development approvals in the inner and middle suburbs, zoning more growth corridor land for future development, expediting planning approvals for new subdivisions and addressing current planning backlogs. Smarter planning and faster approval is a win-win for developers and home buyers alike. 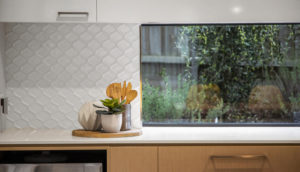 There has been no hibernating for Melbourne’s housing market over the June quarter, with the median house sale price tipping over the million-dollar mark to $1.01 million. While this only represents a 0.2 per cent increase in the last quarter according to recent Real Estate Institute of Victoria (REIV) figures, this follows a record 8.8 per cent growth in the Sound strategies for winning an auction

You could call watching an auction in Melbourne a much-loved sport. As the preferred selling method, there are a few factors to consider before you let your heart take over and bid above your budget. Unfortunately, bidding at auction isn’t an exact science; there are many methods, and every auction is different. If you are planning on bidding, you’ll stand

Why landlord insurance is a sure-fire win

Taking out insurance is a lot like buying a lottery ticket, with both decisions steeped in possibilities and ‘what-ifs’. However, when it comes to investment properties, landlord insurance is a wise gamble. Landlord insurance is designed to cover the cost of replacement or repair if your residential rental property is damaged as a result of certain events. This type of

A new trend in home decorating has emerged and is quickly gaining momentum. It is called “Grandmillenial” style or “Granny Chic”. This style is full of nostalgia for anything old fashioned or traditional, like something you’d see in your granny’s home, throw in some contemporary artwork or sleek modern furniture and there you have the style in a nutshell. While